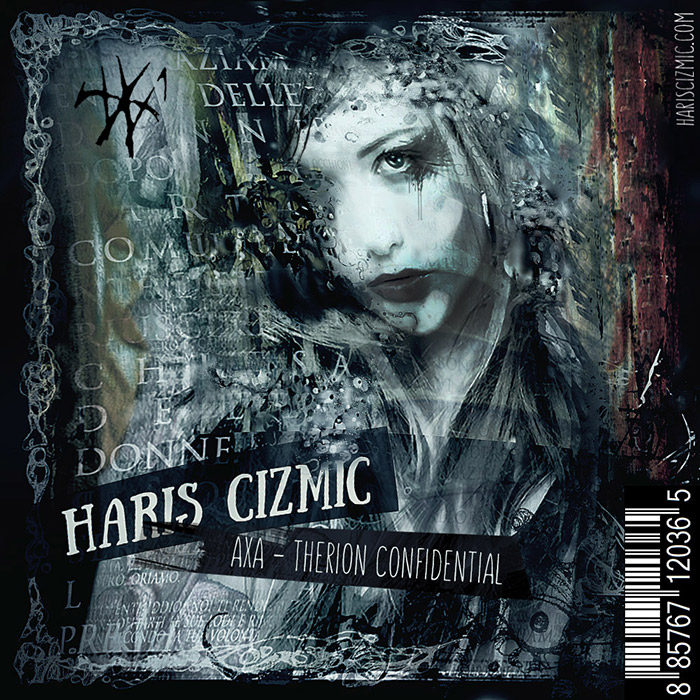 AXA was formed in 1996 by Haris Cizmic and Meldeen Hota. THERION CONFIDENTIAL was AXA’s debut album, released in Sarajevo, Bosnia in 1999 (source:WIKI). Recording and performing musicians, per online records were: Haris (author, guitars, keys), Adessa (vocal), Meldeen (Guitar), Sergej (Bass) and Senad (drums). There is also mentioning of Vernes, being a band member at some point, but his role was not clear. Album clearly shows some amazing, but still immature talent, which did not stop the band from receiving several international awards. There are several clear genres noticeable throughout this album – from techno-rock to metal (and back). Soon after releasing this record, AXA moved to the U.S. where this album was re-issued by Orchard in 2002. AXA also released their multimedia disc, featuring audio, video and animation. 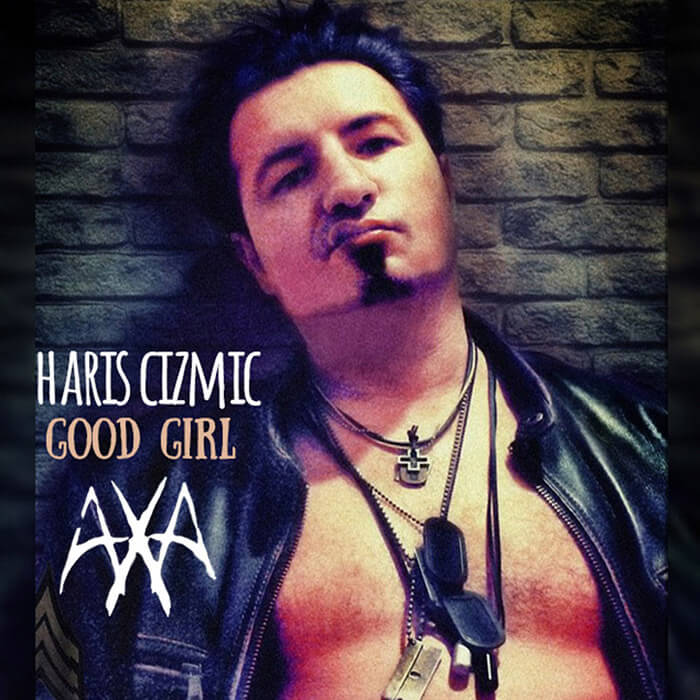 GOOD GIRL is a transition phase between Sarajevo’s AXA and Detroit’s INGRAY. Sound is more raw, vocals are somewhat rough, with imperfections in obvious search for their new style and the next phase in AXA’s music journey. Guys are finding their signature sound, and the whole thing sounds a bit unfinished – which is the reason the band never officially released this EP until recently. Band members were (per WIKI): Haris (author of songs, guitar, keys), Bret (bass), Adessa (vocals), Mika (Drums). Mika was kept on drums until 2007, when he was let go, (by then Bret was also out) and David was hired, as a permanent drummer. Haris switched to bass and the sound transition was finally complete – which called for a new band name. Haris and Dave made the call and INGRAY was born, with those awesome songs to come, the same ones that made me (and many more hardcore fans) fall in mad love with this band. It’s worth mentioning that there is a very cool Eurhythmics cover (‘Here comes the rain again’) that sounds almost punk-ish on this never before released EP. Enjoy listening! 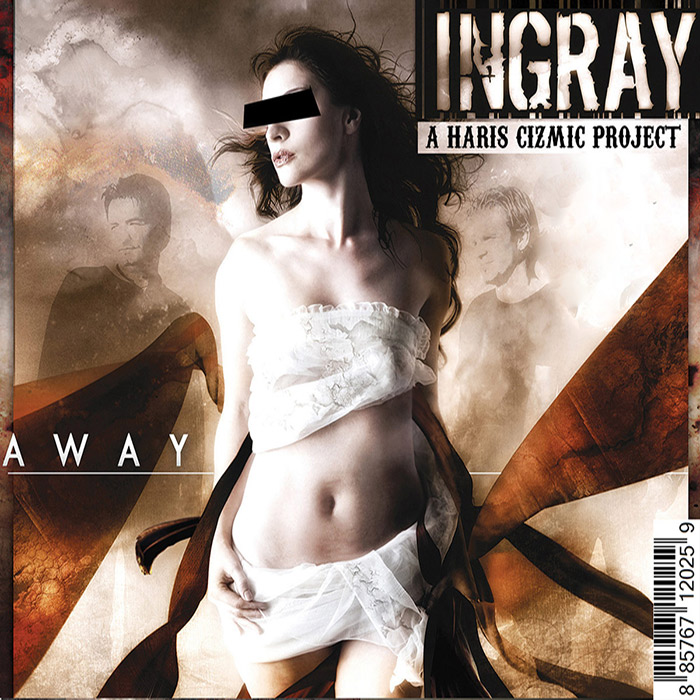 INGRAY was formed by Haris Cizmic and David Dupuie. After AXA got renamed to INGRAY, and the lineup changed once again, their sound became more aggressive, but very eclectic and international. Their prior release (EP Good Girl) was a step close towards their finest record yet – “AWAY” (2009). A collection of great tunes included a few covers as well – Bob Seger’s “East side story” and Dolly Parton’s “Jolene”.  There was also a part of the Rolling Stone’s “Painted Black” within their original song “Scarlet”, making an awesome mix of old and new. As a bonus, there is a Zeppelin cover “Immigrant Song”, performed live. All the songs on this album are mature, professionally done and well received within their fan crowd (mostly in Detroit area). I would set apart a few that really hit me, and made me a huge fan: Pressure, Closer Away, Liar, Drifter, and of course, Killing Time (with it’s awesome music video shot by a famous Detroit’s photographer S. Sprague). I hope you will enjoy this album as I was, when I heard it for the first time.

Ingray won several awards, they scored a TV commercial for Ford Fusion (2008) and their music was in the background of an official website intro animation for Chevy Camaro in 2007. They worked with local musicians and producers on TV and film projects. 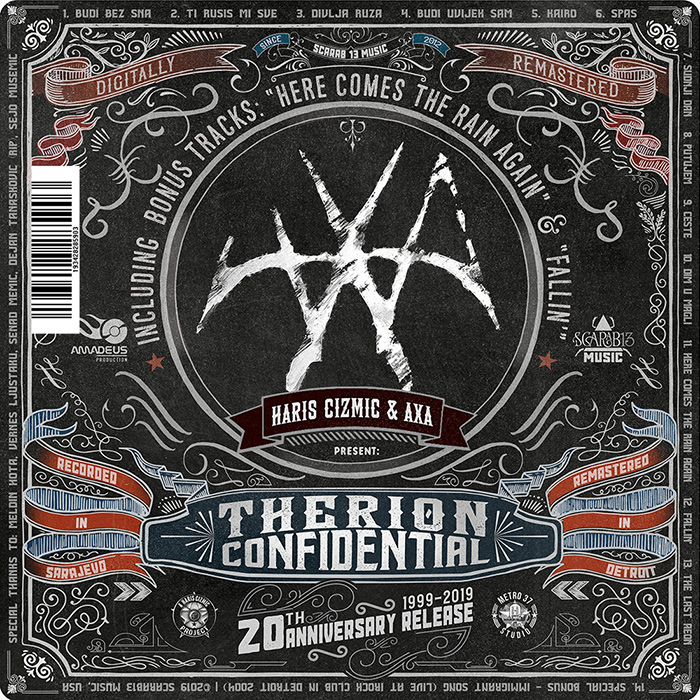 This re-release (featuring 3 new tunes) is a 20th anniversary edition. The album “Therion Confidential” was originally released in post-war Sarajevo in 1999 by RCS as a limited edition. It was also published worldwide in 2001 for Orchard, and in 2012 for Theaxart. Work on this album was initially started around the end of Bosnian war, with some songs being written during the wartime. In 1998 AXA gained the status of a popular national rock band with songs on top TV and radio charts, and with interviews (and cover pages) in magazines. At the peak of their popularity, in 2000, AXA moved to the USA, where the band kept working, playing and recording. In 2008, AXA changed their name to INGRAY, when David Dupuie became band’s new drummer (and co-founder of INGRAY). There are some differences between the 1999 original release and the 2018 one:

– Song “Therion” is omitted entirely.   – “The Last Aeon” has had a minor facelift.   – Intro and Outro are not on the album anymore.   – We’ve included the very first 2 songs AXA recorded in the USA: “Here Comes the Rain Again” – the Eurythmics cover, and “Fallin’’” – the very first original song written outside of Bosnia. Those songs, as well as the EP “Good Girl” were written and recorded under the band’s old name AXA.   – Since 75% of AXA were immigrants, We’ve included our cover of Led Zeppelin’s “Immigrant Song” performed live at the popular IROCK club in Detroit